TEWI-Kolloquium: A Survey of Evaluation Techniques and Systems for Answer Set Programming

Answer set programming (ASP) is a prominent knowledge representation and reasoning paradigm that found both industrial and scientific applications. The success of ASP is due to the combination of two factors: a rich modeling language and the availability of efficient ASP implementations. In this talk we trace the history of ASP systems, describing the key evaluation techniques and their implementation in actual tools. 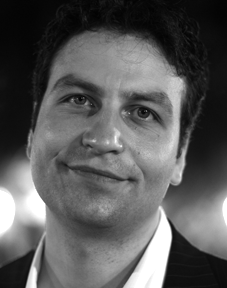 Francesco Ricca (www.mat.unical.it/ricca) is currently an Associate Professor at the Department of Mathematics and Computer Science of the University of Calabria, Italy. In the same Department he is Coordinator of the Computer Science Courses Council.
He received his Laurea Degree in Computer Science Engineering (2002) and a PhD in Computer Science and Mathematics (2006) from the University of Calabria, Italy, and received the Habilitation for Full Professor in Computer Science (INF/01) in 2017.
He is interested in declarative logic-based languages, consistent query answering, and rule-based reasoning on ontologies and in particular on the issues concerning their practical applications: system design and implementation, and development tools.
He is co-author of more than 100 (peer-reviewed) publications including international research journals (30+), encyclopedia chapters, conference proceedings, and workshops of national and international importance. He has served in program committees of international conference and workshop, such as IJCAI, AAAI, KR, ICLP, LPNMR and JELIA, and has been reviewer for AIJ, JAIR, TPLP, JLC, etc. He is Area Editor of Association for Logic Programming newsletters, and member of the Executive Board of the Italian Association for Artificial Intelligence.