Conventional tools in array signal processing have traditionally relied on the availability of a large number of samples acquired at each sensor or array element (antenna, hydrophone, microphone, etc.). Large sample size assumptions typically guarantee the consistency of estimators, detectors, classifiers and multiple other widely used signal processing procedures. However, practical scenario and array mobility conditions, together with the need for low latency and reduced scanning times, impose strong limits on the total number of observations that can be effectively processed. When the number of collected samples per sensor is small, conventional large sample asymptotic approaches are not relevant anymore. Recently, large random matrix theory tools have been proposed in order to address the small sample support problem in array signal processing. In fact, it has been shown that the most important and longstanding problems in this field can be reformulated and studied according to this asymptotic paradigm. By exploiting the latest advances in large random matrix theory and high dimensional statistics, a novel and unconventional methodology can be established, which provides an unprecedented treatment of the finite sample-per-sensor regime. In this talk, we will see that random matrix theory establishes a unifying framework for the study of array signal processing techniques under the constraint of a small number of observations per sensor, which has radically changed the way in which array processing methodologies have been traditionally established. We will show how this unconventional way of revisiting classical array processing has lead to major advances in the design and analysis of signal processing techniques for multidimensional observations. 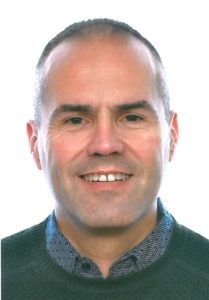 Xavier Mestre received the MS and PhD in Electrical Engineering from the Technical University of Catalonia (UPC) in 1997 and 2002 respectively and the Licenciate Degree in Mathematics in 2011. During the pursuit of his PhD, he was recipient of a 1998-2001 PhD scholarship (granted by the Catalan Government) and was awarded the 2002 Rosina Ribalta second prize for the best doctoral thesis project within areas of Information Technologies and Communications by the Epson Iberica foundation. From January 1998 to December 2002, he was with UPC’s Communications Signal Processing Group, where he worked as a Research Assistant and participated actively in several European-funded projects. In January 2003 he joined the Telecommunications Technological Center of Catalonia (CTTC), where he currently holds a position as a Senior Research Associate and head of the Advanced Signal and Information Processing Department. During this time, he has actively participated in 8 European projects and two ESA contracts. He has been coordinator of the European ICT project EMPhAtiC (2012-15) and has participated in 6 industrial contracts, some of which have lead to commercialized products. He is author of three granted patents, 9 book chapters, 41 international journal papers and more than 90 articles in international conferences. He has been associate editor of the IEEE Transactions on Signal Processing (2008-11, 2015-present) and associate co-editor of the special issue on Cooperative Communications in Wireless Networks at the EURASIP Journal on Wireless Communications and Networking. He is IEEE Senior member and elected member of the IEEE Sensor Array and Multi-channel Signal Processing technical committee (2013-2018) and the EURASIP Special Area Teams on “Theoretical and  Methodological Trends in Signal Processing” (2015-present) and “Signal Processing in Communications” (2018-present). He has participated in the organization of multiple conferences and scientific events, such as the “IEEE Wireless Communications and Networking Conference 2018″ (general vice-chair), the “IEEE International Symposium on Power Line Communications” (technical chair), the “European Wireless 2014″ (general co-chair), the “European Signal Processing Conference 2011″ (general technical chair), the “IEEE Winter School on Information Theory” 2011 (general co-chair), the “Summer School on Random Matrix Theory for Wireless Communications” 2006 (general chair). He is general chair of the IEEE International Conference on Acoustics, Speech and Signal